Pastor Tobi Adegboyega of the popular SPAC Nation, a Pentecostal church in London, has revealed why the church is dominated by youths in the society and is faithfully committed to the service of God and humanity.

Pastor Tobi as he is fondly called, made this known during an exclusive interview with veteran journalist and publisher of Ovation International, Chief Dele Momodu during the week.

When asked for his opinion about the interest of youths in his church, the Pastor said, “In 2015, young people were being brought to me by their parents who had problems with them and I realized that when they stayed with me they became coolheaded. When they got close to us, what they saw was trajectory. I think in 2015 we came out a bit more.”

“What I wanted to do was give every young person reasonable assistance. If we got there tonight, the suppression of people of our race and colour in London is out of this world. I wanted to address an economic problem and the platform I had was the congregation I had then, majority of which was young people who needed money. So I wanted them to understand that they could be rich without crime.” 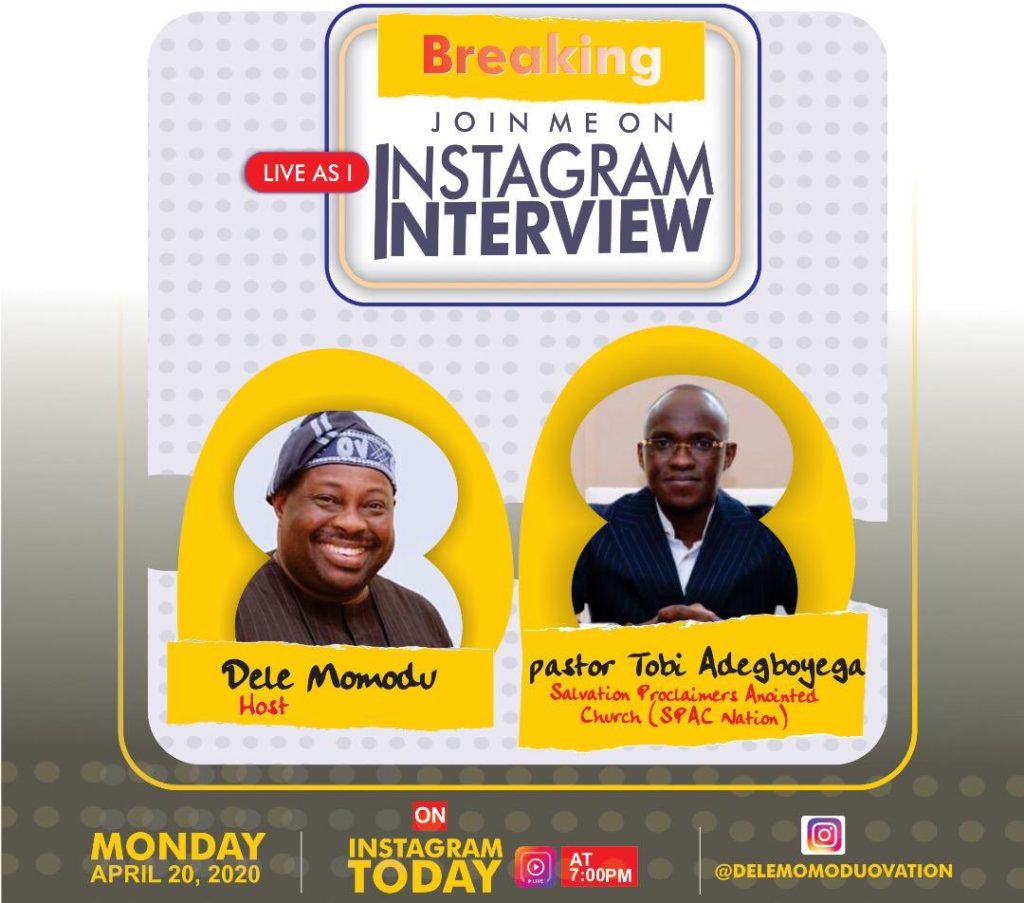 He further explained that the youths were excited to hear that they could be rich without crime or other vices, adding that they were ready to learn.

Pastor Tobi reiterated his commitment to the empowerment of youths stressing, “Africa is on my mind. I really want to help young people in Africa. I want to work with youngsters in countries like Nigeria and Ghana.”

On why he has not been inviting other pastors to preach in SPAC Nation, he said, “We don’t do that and the reason is because it is a generation of new young people. They don’t want most of these pastors. We build our own pastors, who have turned out to be dynamic pastors.”

As to what the focus of SPAC Nation is, Pastor Tobi said, “the Bible says the kingdom of God is not in words said to people. We must clothe the naked, feed the hungry, and help the needy. Christianity is practical; it is about being like Jesus. The Word ‘Christian’ was formed from Christ-like, that is to live the life of Christ, and we are all about that. We don’t give because we have, we give because we are sacrificial.”

In response to Chief Momodu’s inquiry on the funding of the church, the Pastor said, “members of the church give what they want to give at any time, so that is what we use to run the ministry”, adding that tithes are not collected in the ministry.

On whether or not the Church has branches in the UK, Pastor Tobi said “Not for now, though my Dad’s church is called SPAC but SPAC Nation is only in London.”

He commended the leadership and members of SPAC Nation stressing, “I will just say that over the years, you have served me, you have seen me open up everything that I have. As much as I love other people who are not in the nation, you are my first constituents. I must say that the love and trust you have in me will never be betrayed. I work hard day and night so that when it is time for me to answer questions; I will answer to the best of our integrity. Keep loving people, no matter what they say; do not hate them.”

Meanwhile, Chief Momodu in his Instagram remarked “trust it is not easy to meet the likes of Pastor Tobi Adegboyega of SPAC Nation London who has demonstrated a great passion to the course of the the oppressed in the society. May God increase him.