As Nigeria’s official currency Naira continues to fall against the dollar, investigation by TheDispatch has revealed that politicians who are desperate to win the primaries of their political parties are stocking up dollars.

Findings by TheDispatch showed that in the last few days, shortage of dollars has hit major banks in the country over the high demand and scarcity of the United States currency.

A visit by our correspondents to some banks in Abuja, Lagos and Ibadan showed that many customers who came for Western Union, Moneygram and others were turned back by the banks owing to non availability of dollars.

An official of one of the banks who spoke to our correspondent under the conditions of anonymity said that politicians are responsible for the shortage of dollars in the country, saying that they are the ones stocking up the United States currency to use to entice delegates during the primaries. 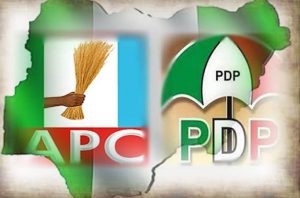 Further investigations by the TheDispatch also showed that the worsening scarcity of the United States currency has also affected manufacturers and others whose inability to get the forex on time has adversely affected their business.

How The Recent Shortage Of Dollar Started
The recent shortage of dollars became obvious last Thursday when the exchange rate between the naira and the US dollar closed at N420.33/$1 at the official Investors and Exporters (I&E) window. 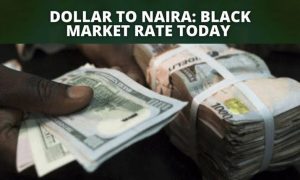 Recall that the exchange rate had recorded a 0.18% fall on Wednesday.

The recent depreciation follows a crash in the amount of FX liquidity.

Similarly, the exchange rate against the US dollar gained marginally by 0.17% on Friday morning at the peer-to-peer market, trading at a minimum of N604/$1 compared to N605/$1 recorded as of the same time the previous day.

Also, the exchange rate at the parallel market depreciated significantly on Thursday, falling by 2.37% to trade at N604/$1 compared to N590/$1 recorded in the previous trading session. 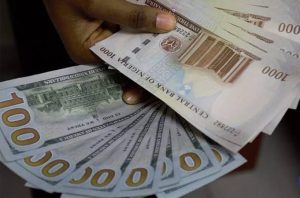 This is according to information obtained from BDCs operating in Nigeria.

Nigeria’s external reserve fell further last week Wednesday, dropping by 0.11% to stand at $38.84 billion as against the $38.88 billion recorded the previous day.

The decline in the external reserve level can be attributed to the continuous intervention by the Central Bank in the FX market in order to ensure the stability of the local currency.

The Naira on Wednesday exchanged at 418.00 to the dollar at the Investors and Exporters window, compared to 419 traded on Tuesday, representing 0.24 percent appreciation. 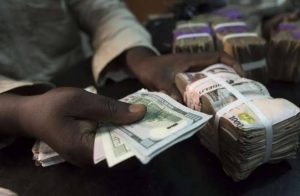 The open indicative rate closed at N417.79 to the dollar on Wednesday.

An exchange rate of N444.00 to the dollar was the highest rate recorded within the day’s trading before it settled at N418.00.

The Naira sold for as low as 413 to the dollar within the day’s trading.

A total of 108.33 million dollars was traded in foreign exchange at the official Investors and Exporters window on Wednesday.