Investigation revealed that there is now hot demand for old ‘Black and White’ Television sets as those buying them are encouraging people to bring them out to be tested to see if they contain mercury and once a set it is tested with copper and it contains mercury, such owner will be paid N200k by those buying them. 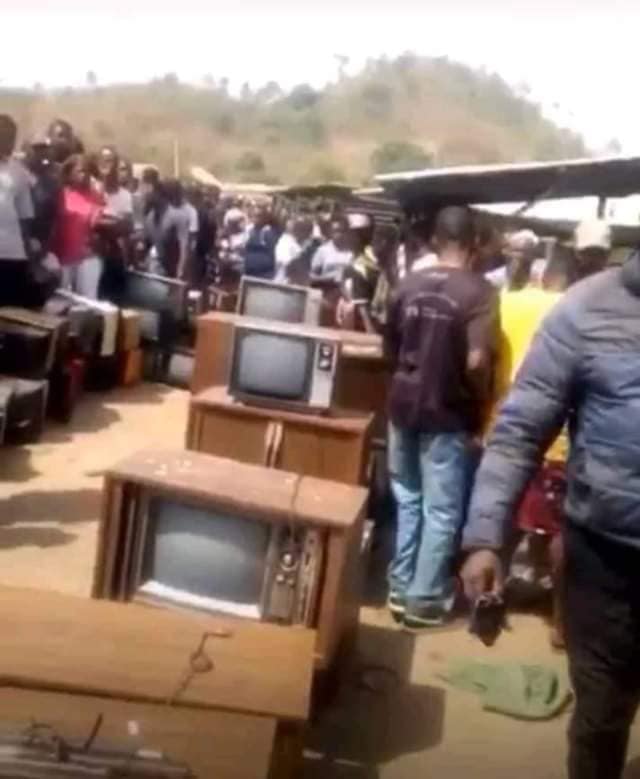 The buyers had to invite some policemen before order was restored in the area.

The buyers use copper to test for mercury in the ‘Black and White’ Televisions and once detected, the seller gets N200k.

Mercury is a chemical element with the symbol Hg and atomic number 80. It is commonly known as quicksilver and was formerly named hydrargyrum. A heavy, silvery d-block element, mercury is the only metallic element that is liquid at standard conditions for temperature and pressure.

Mercury can be used to make thermometers, barometers and other scientific instruments. Mercury conducts electricity and is used to make silent, position dependent switches. Mercury vapor is used in streetlights, fluorescent lamps and advertising signs.